Hawaii was designated as a HIDTA Region in 1999 when Congress recognized Hawaii’s Crystal Methamphetamine (Ice) crisis. It is believed that Hawaii developed this Ice epidemic in the 1980s and even before this insidious drug impacted the Continental U.S. (Mainland). It has been remarked that Hawaii has the distinction of being the first state in the U.S. to be affected by Ice.1 Hawaii’s close proximity from Asian production sources facilitated Ice trafficking to the region’s demographically Asian-based population and reflective culture. (Upon designation as a HIDTA region, Hawaii had the highest percentage of Asian residents in the U.S. at 41.6% in 2000).2 The introduction of Ice into Hawaii led to an addiction epidemic and a pattern of social destructiveness that has not since waivered or declined. Today’s crystal methamphetamine is sourced directly from the Mexican Cartel laboratories that now fuels almost all of the Ice in the Continental U.S. and Hawaii, and the Mexican product is almost 100% pure.

Controlled pharmaceutical drug abuse (CPDs) continues to be prevalent in Hawaii, such as opioids prescribed for pain. The CPDs threat by itself is a community health problem, which is a further risk as health experts have acknowledged the rise of heroin use linked to CPDs abuse and addiction,3 and this correlation has led to lethal consequences. In 2015, there were 52,000 deaths in the U.S from heroin/opioid overdose. By comparison, 38,000 died from car accidents in the same year.4 It is apparent that heroin/opioid abuse has superseded the Ice influence in the Eastern U.S. Although Hawaii has not been fully impacted by the heroin/CPDs trend, the Hawaii HIDTA recognizes the insurgence of the nationwide heroin/CPDs epidemic and our law enforcement, criminal justice system and health and community service providers are dedicated to protecting our island communities and our Hawaiian shores from an emerging tide of deadly heroin that is creeping steadily throughout our Nation.

Marijuana remains popular and in abundance in Hawaii, and with the development of legalized medical marijuana dispensaries and efforts for full legalization, it is anticipated that Hawaii will mirror the ramifications of legalized marijuana as in the state of Colorado: black market marijuana production and distribution will flourish in Hawaii, children will be using marijuana at a younger age and illicit outdoor marijuana cultivation will prevail in the remote areas of the Hawaiian Islands.5 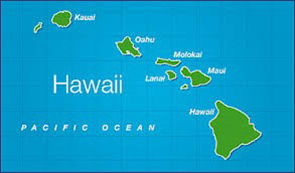